Tiny Snowman was lucky enough to enjoy a week on Kauai in February.  He had many wonderful adventures.  See some of the highlights below. Tiny Snowman is excited to land in Honolulu Tiny Snowman enjoyed his flight to Honolulu and over to Kauai. He’s looking forward to his next Hawaiian adventure! Tiny Snowman’s first stop: Bubba Burger in Kapaa. Who wishes they were eating a Bubba Burger? Feeling fed up with the Rams and Patriots, Tiny Snowman took a break from the Super Bowl and went to Anini Beach. He’s feeling better now. Tiny Snowman enjoyed relaxing on the beach during sunset. Good thing he had his special beach chairs so he didn’t get lost in the sand. Tiny Snowman says hello to his friend, the Brazilian Cardinal Tiny Snowman plays on the rocks in Hanalei Bay Tiny Snowman loves the sounds of waterfalls and was delighted to find them in so many places! Tiny Snowman went to beautiful Hanalei bay. He wishes he could know what it’s like to get sand between your toes… but he loves his special beach chair. Tiny Snowman liked this jungle stream. I dared him to go sit on the rock. Tiny Snowman thinks Hanalei Bay is one of the most beautiful places he has ever seen. Tiny Snowman was excited to get the traditional Puka Dog in Poipu. He went with pineapple relish and loved it. Tiny Snowman was happy to see the rainbow He lounged lazily on the deck of the catamaran (partly shaded, of course) and watched the whales gracefully glide along slide the boat. He had a fabulous time. 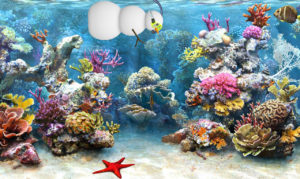